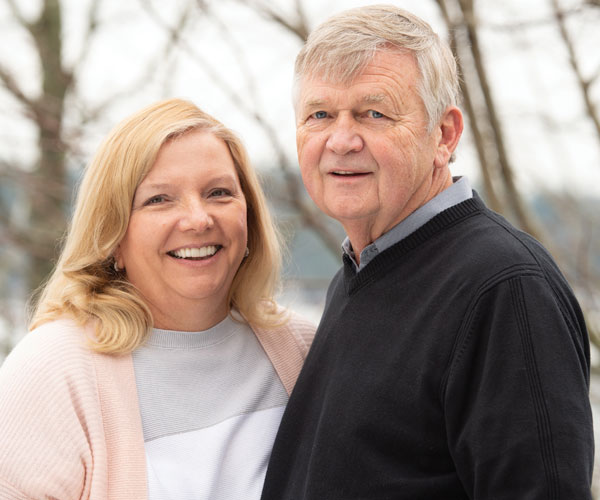 The first dentist, his childhood dentist, was dreadful. “Brutal,” Ness says. If she were any indication, dentists were to be feared.

The second dentist, his high school dentist, was wonderful.

“He was as old school as you could be,” Ness says. “But he was also competent and kind and laid-back.”

The third dentist, his college dentist, was just as good but significantly more modern in his techniques — all the character of the second dentist but with a different set of skills and firmer grasp of the profession’s future.

When Ness was accepted into Creighton’s dental school, he wrote a letter to the second dentist, telling him the news and thanking him for the example he set.

The second dentist replied, congratulating Ness and giving a piece of advice that has stuck with him ever since: “Keep your instruments sharp.”

And as whetting stones went, Ness says, there could have been none finer than a Creighton education.

“By the time I left Creighton, I felt I could do almost anything in dental practice,” Ness says. “They prepared me so well.”

All those hours he got to spend on the clinic floor, the breadth of procedures and processes he took part in, the tough but nurturing nature of the faculty … “If I were to conjure up the ideal educational experience,” Ness says, “Creighton would exceed the ideal.”

Post-graduation, Ness forged a successful dental career in Washington, starting his own practice and later seeing his son, Shane Ness, DDS’06, follow in his footsteps.

Creighton, Ness says, gave him and his family so much. Ever since, he’s been trying to give back to the University any way he can.

Ness and his partner, Anne Christensen, funded the atrium and grand staircase in the School of Dentistry building. They also made the lead gift to the dental school’s digital technology center.

It’s important, Ness says, that future Creighton dentists get the same level of education he did. He remains deeply grateful, all these years later, for everything his Creighton education did for him — including getting him out of the family business: king crab fishing in Alaska.

“It was miserable,” Ness says. “You’re out on small boats with big crab traps, and the hours are grueling. The summer before I went to Creighton, I worked on a boat where my uncle was the skipper, and he was a maniac, making us work 21 hours a day every day.”

Dental school was hard, no doubt. But once you’ve moved an 800-pound crab pot across the deck of a boat without the use of a crane? Well, just about anything seems possible. Including a successful life in dentistry.

“My life has not been the life I was born into, but it’s the life I chose,” Ness says. “I owe much of that to Creighton.”

Now that he’s the retired dentist with so much experience behind him, he’s got a few pieces of advice himself.

One: “Keep those instruments sharp, of course.”

Two: “I would say it’s most important to be kind and generous wherever you can be.”