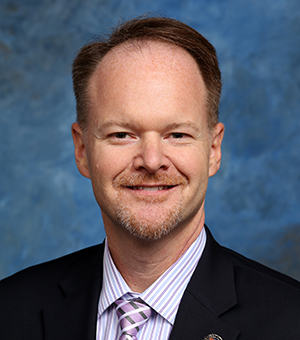 Tenured faculty member with primary responsibility as the Associate Dean for Admissions in the School of Dentistry at Creighton University. Significant teaching duties include Gross Anatomy lecture and laboratory, Head & Neck Anatomy lecture and laboratory and Pain Control to Sophomores. Previously, lecture instruction also given for Human Neuroscience to Freshman and had offered a Summer Remedial Anatomy course for Medical and Dental students (one of 10 in the nation). Additional teaching duties include serving as a mentor for various student research projects and former Freshman student advisor (required to resign as an academic advisor upon administrative position). Have received over 25 Teaching awards at Creighton including the Robert F. Kennedy Memorial Award for Teaching Achievement by the Creighton Student Union; the highest teaching award given by Creighton University, and the GlaxoSmithKline Sensodyne Teaching Award; the highest national award given by the American Dental Education Association (ADEA); and the Stephen H. Leeper Award given by Omicron Kappa Upsilon Supreme Chapter.
Research activities include various basic science and dental materials based projects. Have successfully applied and received two Health Futures Foundation grants, Pipeline Grant, and served as a student mentor on two NIH student training grants, and PI on Robert Wood Johnson grant for Native American recruitment in Dentistry. Have presented work at national and international meetings, authored numerous Abstracts, book chapters, and peer reviewed articles. In 2003, was an author on Presidential Award presentation by the American Association of Clinical Anatomists. Most significant work is my book, Netter’s Head & Neck Anatomy for Dentistry which I wrote and was illustrated using the artwork I selected, had corrected, and added by new medical illustrators, of the late Dr. Frank Netter, the most prolific medical illustrator in my field of expertise. Currently, this text has been translated into 9 languages and is in its 3rd edition. Published Netter’s Advanced Head & Neck Anatomy Flash Cards through Elsevier, a 248 card set designed for advanced health professionals and Netter’s Advanced Head & Neck Anatomy Flash Cards for the iPod/iTouch. Edited the book, MCQs for Netter’s Head & Neck Anatomy for Dentistry, in 2015. Was invited to serve as a Guest Editor for a Special Issue of the International Journal of Dentistry.
Due to time commitments as President of the University Faculty, I stepped down from my role as an Associate Editor of the Elsevier journal xPharm, a peer-reviewed journal of pharmacology. Previously a founding Assistant Editor, I was primarily responsible for all of the articles in three major areas: Central Nervous System Disorders, Peripheral Nervous System Disorders, and Otolaryngological Disorders. Have served as a reviewer for many peer-reviewed journals in my area. Significant service work includes a variety of All-University, Dental School, and National committees and offices. Served as the President of the University Faculty (2006-2010). Previously had served two terms as Secretary of the All-University Faculty Council (2004-2006). Other University work includes chair of both the University Committee on Rank & Tenure Committee on Committees and member of the University Athletic Board and University Committee on Faculty Handbook and University Statutes. Serve as Creighton University’s Faculty Athletic Representative to the and BIG EAST Conference (and previously the Missouri Valley Conference). Was selected by the NCAA to serve on the NCAA Postgraduate Scholarship Committee and Honors Committee. Served as Chair and Secretary of the FARs of the BIG EAST Conference and am currently the FAR representative to the Student-Athlete Advisory Committee (SAAC). For the Dental School, previously served as the President of the Dental Faculty Council and currently a member of the Admissions Committee for the past 13 years. Served as the chair of the Research Section for the accreditation process of the Dental School. Provide many tours and talks for various community groups. Have taken over 70 recruitment trips on behalf of the School of Dentistry since 2001. On a National level, served as the chair of the Anatomical Sciences section of the American Dental Education Association (ADEA). Nominated and elected by the Executive Council of the American Association of Clinical Anatomists (AACA) to serve out the remainder of the term for the Treasurer of the Association and was reelected (twice) by the members of the Association to serve additional 3 year terms (2007-2010, 2010-2013). Most recently elected by peers to the Presidential cycle of the AACA in 2013. In 2015 became the 17th President of the organization.